The Monk- On Amateurs

“The Monk”, written by Matthew Lewis in 1796, is the story of the corruption of a pious monk named Ambrosio-  we watch as Ambrosio turns from a kind, God-fearing man to a murderer, a rapist, and eventually, a follower of Satan.  The book created a scandal when it was first released and it’s a wonderful example of the Gothic Romantic style.  It’s also one of my favorite books… which says something about me I probably should have kept a secret.  Below is an excerpt from the book that I think it worth looking at. 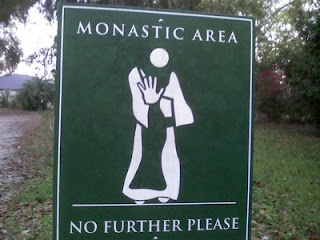 Young Theodore has just shared his poem with his master Lorenzo who, while enjoying it, has also found several mistakes.  Theodore acknowledges the faults but points out that he “only writes for pleasure” and is not a professional- so we can’t expect too much from him or his work.

“You defects are even LESS excusable then!  Their incorrectness may be forgiven, who work for money, who are obliged to complete a given task in a given time, and are paid according the the bulk, not value of their production.  But in those whom no necessity forces to turn author, who merely write for [love], and have full leisure to polish their compositions, faults are unpardonable, and merit the sharpest arrows of criticism.”
– Matthew Lewis, “The Monk”, volume 2, chapter 5.

I’ve heard too many amateurs justify their shoddy work the same way Theodore does, by pointing out they aren’t professionals, so they don’t have to be good, and that we shouldn’t expect much from them.  But this is a mistake- precisely BECAUSE they aren’t professional, and they aren’t forced to work with any constraints (time constraints, worries about practicality, etc) they should aim to be better.  Some of the greatest practitioners of our art were, on some level, amateurs: Vernon, Marlo, Erdnase, Burger, etc.

If you’re a professional you need to aim to be as good as you can be, for anything less would be, well, unprofessional.  But if you’re an amateur then you have to better– because you have no excuse to be otherwise.

Comments Off on The Monk- On Amateurs